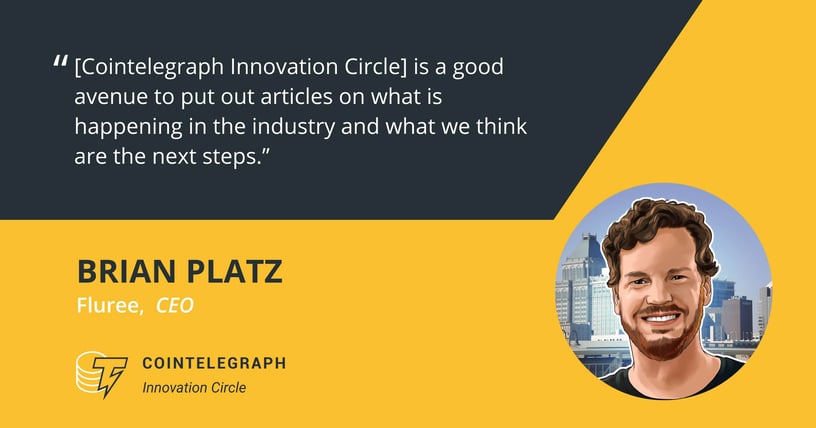 As a founder of several companies in the enterprise software industry, Brian Platz has spent his entire career dealing with data and data management technologies. He co-founded his current company, Fluree, after 11 years at SilkRoad Technologies, a SaaS company in the human resources space. He stepped down from day-to-day operations at that company in 2014.

Platz co-founded Fluree in 2016 as a response not only to the struggles he’s personally experienced with databases over the years, but the way in which data and its importance as a competitive tool has evolved. “We should have technology that better aligns with where data’s going, not where it’s been,” he says.

According to Platz, more than 50% of IT budgets are now spent on integrating data sets that reside in incompatible apps and use their own languages. “The only way to try to get value out of the data they contain is to put a bunch of humans in the middle who are translators between all these datasets,” Platz explains. “And that's what takes enormous money, time and energy.”

At a time when the strategic importance of data is rapidly increasing, that friction puts companies at a significant disadvantage. Fluree’s technology seeks to address that problem by making data interoperable. Its database also uses blockchain technology that enables organizations to share data and collaborate with confidence in its integrity and immutability. One of the key differences between Fluree and traditional databases, says Platz, is that “the security of the data is part of the data itself, which makes it easier to share the data, and to enforce permissions around it.”

The company, which is a public benefit corporation, or B-Corp, was initially bootstrapped, then landed a $4.7 million round of seed capital in 2019. “We're in North Carolina,” says Platz, “and I believe at the time, it was considered the largest seed round, ever [in the state].”

"[Coin Telegraph Innovation Circle] seems like a good way to collaborate with peers. This space is so new, it’s not like people have solved some of these problems before, and it’s tough to find people to talk to."

Fluree’s technology is open source, which means it’s available free of charge for developers to create their own application and blockchain databases. However, the company has direct customers as well; one of its most notable contracts is with the U.S. Department of Defense. As DOD adopts artificial intelligence and machine learning, data sharing becomes more important, says Platz. With Fluree’s technology, a request for data that might normally take months and require reams of paper documents can be automated and move freely and securely to those who are authorized to access it.

The company is also working with the U.S. Department of Education and higher education institutions on projects involving portable, provable credentials, such as degrees. Platz envisions a time when it will be commonplace for everyone to have a “credential wallet” on their phone. “Fluree is right in the middle of this,” he says. “In fact, I would make the argument that we're one of the most used technologies in the space right now, although it's obviously very early.”

Platz uses a hockey metaphor to describe his business philosophy: “We very strongly believe that, in Wayne Gretzky speak, we are where the puck is going. We just need to wait for everyone to get there.” Blockchain technology adoption is tiny but quickly accelerating, he says, noting that he’s observed a five fold yearly increase in the company’s open source community. As the technology becomes more mainstream, he sees the potential for tremendous growth.

A founding member of Cointelegraph Innovation Circle, Platz was drawn to the community as “a good avenue to put out articles on what is happening in the industry and what we think are the next steps.” In addition to his plans to take full advantage of the publishing benefit and to amplify his thought leadership with a respected brand, he’s excited about the opportunity to connect with others in his industry. “It seems like a good way to collaborate with peers,” he says. “This space is so new, it’s not like people have solved some of these problems before, and it’s tough to find people to talk to. As a community, we need to think about the best things to do.” 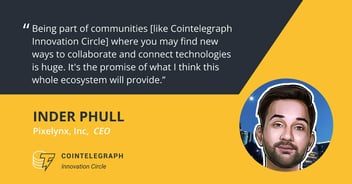