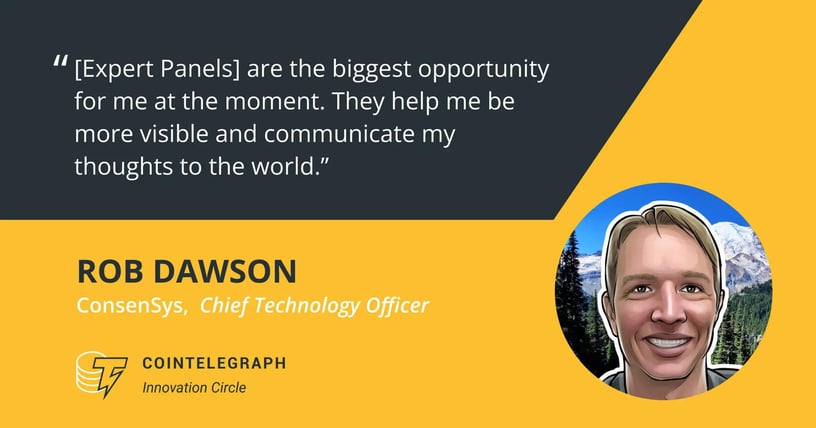 Rob Dawson has been building software and leading teams of developers for more than 20 years, working for big telecom companies, financial institutions, and a handful of startups. But it was when he briefly stepped into the world of academia in the early 2000s that he was first exposed to the underlying technologies that would eventually support blockchain.

“I did a Masters in information security and cryptography,” Dawson recalls. “I was working with another researcher and there was work being done around government contracts and making their submission provable.” While he certainly didn’t know it at the time, many of the principles he studied would evolve and become highly relevant to blockchain. While Dawson’s interest was piqued, in subsequent years he had little to do with blockchain or cryptocurrency beyond buying some Bitcoin. “It was only actually when I joined ConsenSys that I did a real deep dive into blockchain again,” says Dawson.

That was five years ago. Dawson is now the company’s CTO and, in retrospect, he sees clearly how his Masters work formed the foundation for blockchain. Before joining ConsenSys, a leading Ethereum software company, Dawson had been running his own contract software development shop for several years. When the company approached him, he found himself drawn to “the opportunity to be part of building the technology that is going to change the world.”

ConsenSys was founded by Joe Lubin, who co-founded the Ethereum blockchain. The company was launched to create software to help developers build applications on top of Ethereum, making it possible for enterprises to use the technology to solve a variety of problems. For instance, says Dawson, the company partnered with the World Wildlife Federation to implement a blockchain solution for tracking tuna in the Pacific islands, helping to stamp out illegal fishing and abusive labor practices.

"[Cointelegraph Innovation Circle] helps me connect with the experts and get written content out into the community.”

Dawson originally joined ConsenSys in a tech lead role and helped grow a product team before moving into the CTO position. In a broad sense, he’s charged with helping build out Ethereum’s underlying infrastructure to drive the blockchain’s continued success. He works with the company’s two primary products – MetaMask, which is a leading wallet that interacts with Ethereum, and Infura, a software that provides API support for people building applications on top of Ethereum. “That can be a mix of large financial institutions, enterprise companies, and Web3 native companies,” says Dawson. Some exciting and practical uses for the company’s software include supply chain management, innovation in the cryptocurrency space, and an NFT project that facilitates collaboration with artists, marketplaces, and rights holders.

“I was very closely involved with the founding of Palm NFT Studios,” says Dawson. Palm, a token-powered and energy efficient ecosystem for NFTs, was launched by ConsenSys last year.

As a founding member of Cointelegraph Innovation Circle, Dawson says he values the group as a vehicle to “help me connect with the experts and get written content out into the community.” His Expert Panel contributions, he says, give him a way to express his views along with other respected leaders in his industry. “The mix of questions has been really useful to me,” he says. “[Expert Panels] are the biggest opportunity for me at the moment. They help me be more visible and communicate my thoughts to the world.” 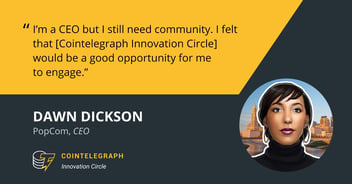 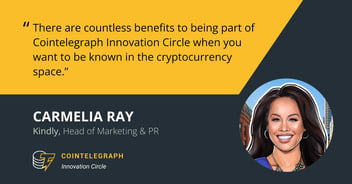 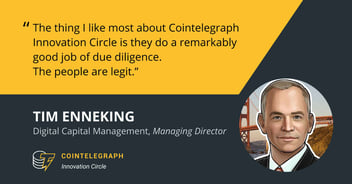