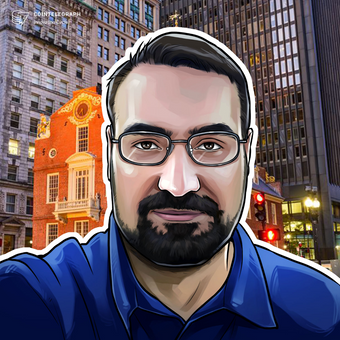 Nimit Sawhney is the Co-Founder, CEO of Voatz, Inc, an elections platform that uses remote identity proofing, biometrics, and blockchain technology to enable end-to-end verifiable and accessible remote voting via smartphones and tablets. Voatz has run more than 85 elections in partnership with major political parties at the state level, as well as with state/county governments, towns, cities, universities, professional organizations including the first ever mobile app-based voting project in the US with the State of West Virginia in 2018. Nimit is a winner of multiple coding/security hackathon competitions including the SXSW ‘Hack to the Future’ Hackathon in 2014 and the Vantiv Challenge at the Money2020 Hackathon in 2016. Nimit’s background is in mobile security and software development, previously serving as Director of R&D at Oberthur Technologies (now IDEMIA), and prior to that, as Director of R&D at MoreMagic Solutions. Nimit holds a graduate degree from Carnegie Mellon University in Computer Science, Electrical Engineering and Business Management and is an alumnus of the Harvard Business School’s YALP (Young American Leaders Program) Class of 2019. In his spare time, Nimit actively participates in the development of security tools to help detect and prevent human trafficking.

Blockchain technology is about much more than cryptocurrency; its current and potential uses could permanently transform multiple industries.

What they know, who they’ve worked with and why they’re in the industry are all important factors when vetting a new crypto connection.Crypto may be a newer, smaller industry, but it has its fair share of visionaries — and bad actors. It’s an exciting time to make new connections in crypto as the space opens up and a variety of new projects are launched to explore the industry’s potential. Still, it’s essential to not allow enthusiasm to trump common sense and careful vetting when deciding whether to connect with someone, whether that’s a new partner, team member, entrepreneur or investor.Crypto’s pioneers have developed a keen sense of what to look for — and what to avoid — when it comes to new industry connections. Below, 10 members of Cointelegraph Innovation Circle talk about both the positives and negatives they watch for when they’re approached by a potential new crypto connection.

12 obstacles keeping entrepreneurs out of crypto

While minimal tech expertise is a common stumbling block, it’s not the only issue making new investors wary of crypto.Even though the crypto industry doesn’t lack high-profile supporters, entrepreneurs may still be reluctant to enter the space. The central role of technology may be the primary barrier, but it’s not the only one, and the industry is unlikely to see the level of growth its potential justifies unless these barriers are addressed.It’s essential for current crypto leaders to play a role in breaking down the barriers keeping newcomers at bay. Here, 12 members of Cointelegraph Innovation Circle discuss the obstacles they see keeping new entrepreneurs out and how they can be addressed.

Voatz is an award winning mobile elections platform that is changing the way the world votes. Backed by cutting-edge security, biometrics and a blockchain-backed infrastructure, Voatz enables smartphone voting to increase accessibility and security in elections. Since 2016, Voatz has successfully served nearly 2 million voters across 87 elections with several governments, major political parties, universities and non-profits. In 2018, Voatz ran the first mobile vote in US Federal Election history, and, in 2020, Voatz became the first smartphone app to be used for voting in the US Presidential Elections. Voatz is now poised for an exciting growth phase with the prospect of on-boarding millions of voters on the platform around the world and is also rolling out additional services (shareholder proxy voting, verified citizen polling, federated digital identity) in several markets.