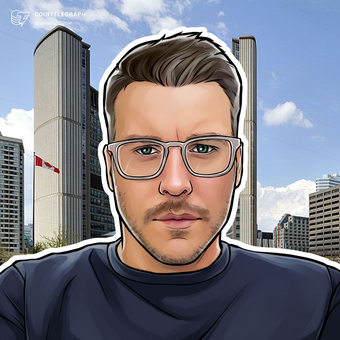 A prescient and accurate analyst of market behavior, social psychology, and overall societal trends, Dylan first developed an awareness of how to spot mass movements through graduate level studies in Social Theory under Dr. Michael Gardiner. Leaving academia for the business world, Dylan entered the security industry in 2010, learned the business, and quickly rose from an entry-level administration role to the directorship of the overall growth strategy of a national security firm. About two years later, Dylan started a lifelong interest in cryptography, the blockchain, and decentralized systems, when he first read the Bitcoin whitepaper. This interest continued and strengthened and grew and he started mining as a hobbyist and became active in the Toronto crypto community, discovering the Ethereum project, where he participated in their ICO. As the overall blockchain ecosystem grew, so too did Dylan with it, to become an advisor, investor, builder, and participant in many projects: In 2017 he co-founded Harbour DAO, which became an open-standard set of tools for building governance structures and voting mechanisms on the blockchain. As Chief Evangelist and one of its first team members, Dylan had deep professional involvement in the early development and go to market plan of the world’s first privacy coin built on the MimbleWimble protocol, BEAM. As BEAM moved to a foundation model, he joined with AdEX as Head of Growth, helping to build out their go to market strategy. Currently, AdEx is the largest payment channel on the Ethereum network by a very large margin, and Dylan remains as an advisor to the project. Currently, Dylan serves as both Chief Stratosphere Officer for Kylin Network, building Data Economy 3.0 on Polkadot and aiming for a parachain, and Chief Effort Officer of NFT3, building a virtualized identity layer via DIDs and NFTs for the Web 3 Renaissance. Dylan mixes his skills as an analyst, growth-driver, and independent researcher to identify products and paths to market that can and may escape others. He is a steadfast believer in the significance and power of blockchain to change the world and our lives in a positive way.

To fully realize the potential of blockchain technology, it’s important to understand possible limitations — and how to address them.

Crypto’s tools and methods can improve many business functions, from tightening transactions to building a loyal community.

11 myths that may be holding the crypto industry back

Crypto leaders’ toughest challenge may be countering the widespread misinformation circulating about the industry.

NFT3s will become a direct monetization path for individuals to associate value on their terms with various aspects of their data journeys through life with different projects, individuals, social networks, companies, and institutions.